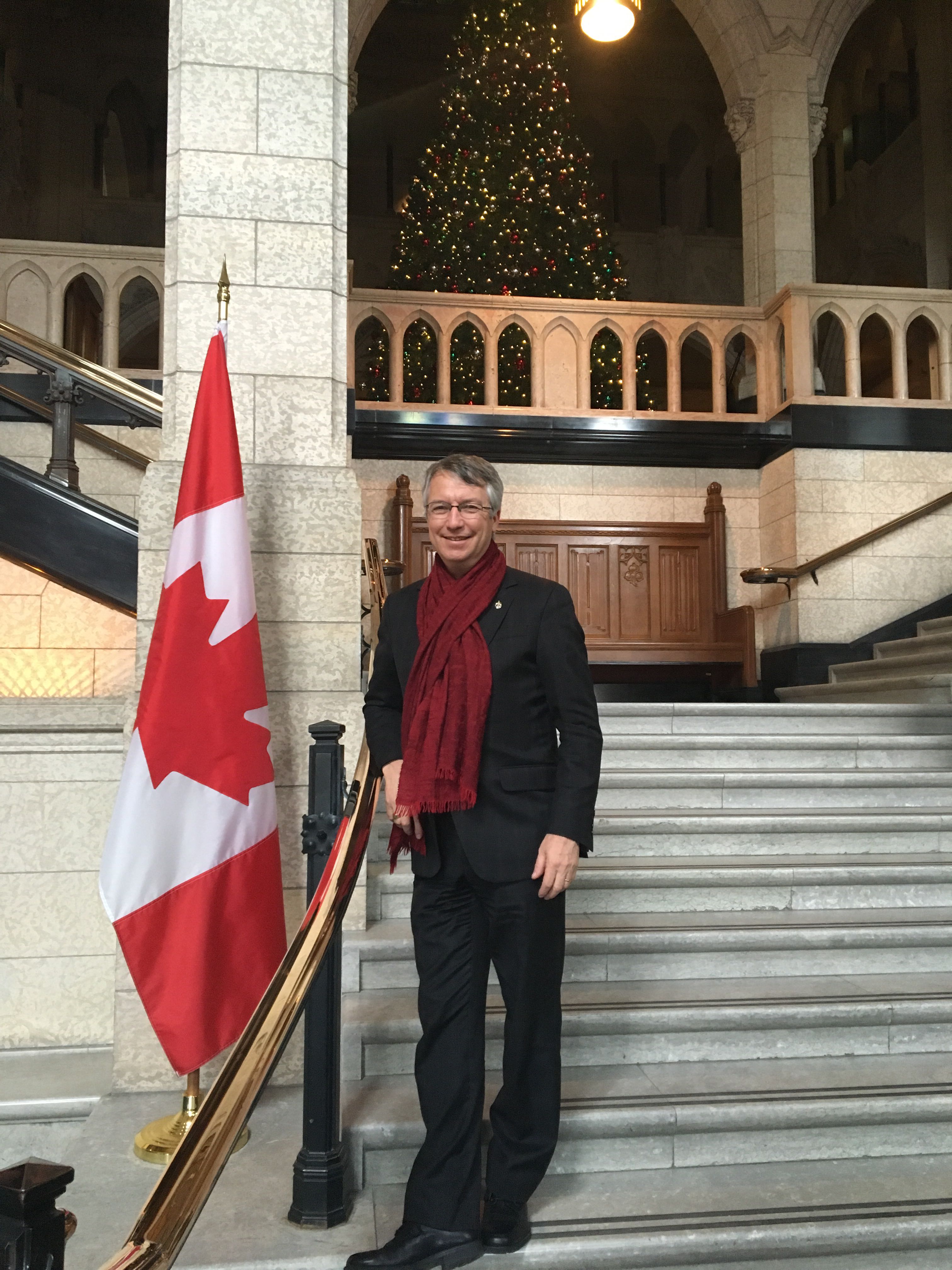 I am beginning what I hope to be a weekly blog to update the people in Guelph on the work my staff and I are involved with.

It has been an active week of work in Ottawa, and the honour of serving Guelph continues. Looking at the calendar, the committee work is racing toward the holiday break. The standing committee for Industry, Science and Technology (INDU) has been winding up its study on a manufacturing strategy for Canada. This relates to more than 25,000 jobs in Guelph directly, and many times that amount through indirect jobs. INDU held 17 meetings between May 10th and October 26th. We are now working together to distill what we have heard to help shape the road ahead as it relates to sectors, jobs, innovation, investment, and regulations. We hope to have this report finished in the next few weeks. The other committee I serve on is Agriculture and Agri-Food (AGRI) that is working on a study of the next Agricultural Policy Framework. Agriculture also forms the base for 25,000 jobs in Guelph. We are discussing with agricultural associations, producers, and processers, the Calgary Statement. This statement was released following cross Canada consultations this summer and provides a policy framework document that has five priority areas: Markets and Trade, Business Risk Management, Innovation, Environmental Sustainability, and Public Trust. Committee work is challenging, and provides a great opportunity to work with Canadians from coast to coast to coast who have expertise in the areas we are studying. Two mornings per week and two afternoons per week are spent on committee business.

Work in Ottawa also involves briefings on policies we have implemented or are working on. Monday night we had a detailed briefing on our progress with refugees coming to Canada by Minister McCallum and his staff from the Ministry of Immigration, Citizenship and Immigration. We have now welcomed over 36,000 refugees since the first people arrived last December 10th. We are working with provincial governments on the delivery of programs to them in the “13th month” and going forward. The ministry is also completing an update of immigration programs focused on family reunification, and speeding up the process for people on the pathway to citizenship. We also met with the Ambassador from Italy and hope to pass legislation to make June Italian Canadian month. I attended a working dinner with the Canadian Produce Industry to discuss opportunities in the next agricultural policy framework including the focus on climate change. The members of the INDU committee also had a meeting with premier McLeod of the Northwest Territories and his ministers to look at how we can best support their efforts. As always, Guelph’s strengths in food, agriculture, and clean technologies were part of the discussion. I have also continued my meetings with Employment and Social Development Canada to see what can be done to improve the situation for youth that are unemployed or underemployed. This work will be brought forward to the Innovation and Post Secondary Education Caucus in December. It was also good to meet with the Ambassador for New Zealand to discuss agriculture opportunities as well as the work they have been doing around connecting people with jobs and with labour market information.

In the House of Commons I was able to participate in the debates on CETA, our new comprehensive trade agreement with Europe. I was also able to participate in the discussion of the creation of Rouge National Urban Park in Toronto. I also asked our Agriculture Minister a question during Question Period, relating to what efforts his department is doing to support the bovine tuberculosis crisis in Alberta on which we had an emergency discussion in AGRI committee. I was very pleased to hear steps are being put in place to provide financial assistance, including paying the interest on the loans which we heard were running up to $100,000 per month from one rancher that presented to AGRI.

We are in the midst of a lot of legislation between now and December 16th. On December 1st we will be hearing from the Electoral Reform committee when they table their report in the House of Commons. In the meantime the Minister Monsef has tabled bill C-33 which will make Canada’s election laws much more inclusive and redress the unfair portions that were instituted by the previous government in what they called the “Fair Elections Act”. So stay tuned on that.

I have also had many interactions on email and on the phone from people in Guelph. It is always so good to hear from people from home when I am in Ottawa.