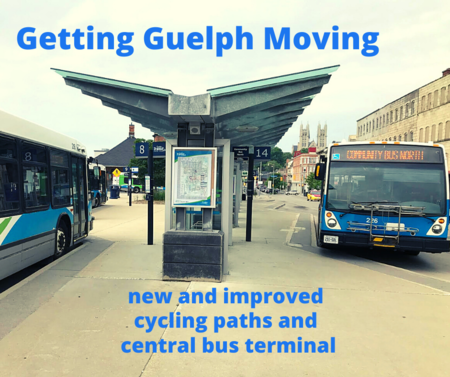 The health and well-being of Canadians are the top priorities of the Governments of Canada and Ontario. But the COVID-19 pandemic has affected more than Canadians’ personal health. It is having a profound effect on the economy.

That is why governments have been taking decisive action to support families, businesses and communities, and continue to look ahead to see what more can be done.

Strategic investments in public transportation infrastructure play a key role in supporting affordable and sustainable transportation services that allow Ontarians to get to work, school and essential services on time, and safely back home at the end of the day.

The first project involves the expansion and enhancement of the cycling network in Guelph. Construction of new accessible bike paths and improvements to bike path intersections will improve safety for cyclists and provide direct access to the city’s public transit system. 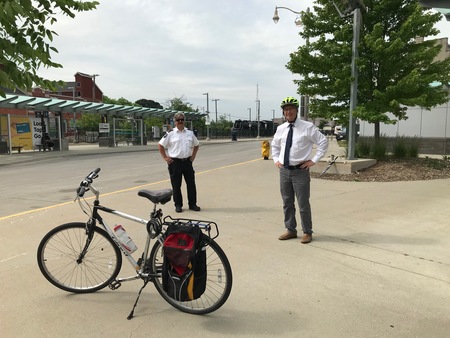 The second project consists of the construction of a new Guelph Transit terminal building at Guelph Central Station that meets accessibility and energy efficiency standards. The new building will include passenger waiting areas and public washrooms, as well as amenities for transit employees.

Together, these investments will make it easier for cyclists and public transit users to get around their community safely while protecting the environment.

“Investing in modern public transit systems that are better connected to active transportation networks is essential to building the healthy, sustainable communities of tomorrow. Adding new accessible paths to Guelph’s growing cycling network and building a modern, efficient transit terminal are great examples of working with our partners to build infrastructure that meets the needs of our communities while taking action on climate change.”

Lloyd Longfield, Member of Parliament for Guelph on behalf of the Honourable Catherine McKenna, Minister of Infrastructure and Communities

"Today, Ontario is investing an additional $3 million to support local transit infrastructure in Guelph, adding to the more than $33-million investment announced in January. With the approval of these projects and this joint investment of more than $18 million from Ontario, the federal government and the City of Guelph will help jump start the local recovery and create much needed jobs. I am very pleased that Guelph is now able to move forward with these local priority projects and to deliver improved transit to the community."

“As Guelph continues to grow, it’s critical that we invest in accessible, sustainable infrastructure projects that support our community’s vision for a connected city where people can move around freely. The funding announced today represents an important step forward as we work to make this vision a reality. On behalf of Council and the City of Guelph, I want to thank the Government of Canada and Province of Ontario for their contributions to these important projects, and for their continued partnership in helping Guelph achieve its climate goal to be a net-zero carbon community by 2050.”

Chantalle Aubertin
Press Secretary
Office of the Minister of Infrastructure and Communities
613-697-3778
chantalle.aubertin@canada.ca